← Ready or Not
Anchored → 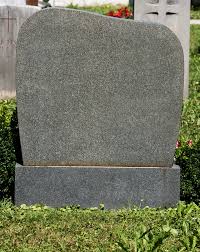 This morning I watched a documentary entitled; “Get me Roger Stone!” It was a biographical tale of one of the most famous, some might say; “Infamous” political consultants. He helped Ronald Regan get elected, many other Republican candidates be successful, and was one of the architects of Donald Trump’s 2016 presidential campaign. Near the end of the film, Mr. Stone says (paraphrasing); “If I go down as the dirtiest player in the game I’ll consider myself a success.”

I grew up thinking people, as the get older, begin to think on the brevity of life and what comes after. I thought the older people became the more spiritual, wise and kind they became. No matter the type of life they lived when they were young there was always an age where they turned the corner and began to live virtuous lives.

I think my understanding of older people was skewed by the ones I knew. I had two godly grandmothers and the only others were from church. They taught Sunday school, gave praises and lots of hugs, smiled a lot, didn’t judge and seemed to be one step closer to heave n than the rest of us youngsters. To me, this is how all older people acted. However, as I grew up I realized this wasn’t the case. True, there are some people who changed but most older people are just older versions of their younger selves. There wasn’t an age where they ripened into good fruit or a corner that made them spiritual and wise.

The documentary today was a reminder that we are choosing our destiny every day. Each choice we make takes us down a path and at the end of our journey the story of our lives will be told by the choices we made. What’s written on our headstones, spoken about at our eulogy, remembered about us is what we have done, are doing and will do.

← Ready or Not
Anchored →