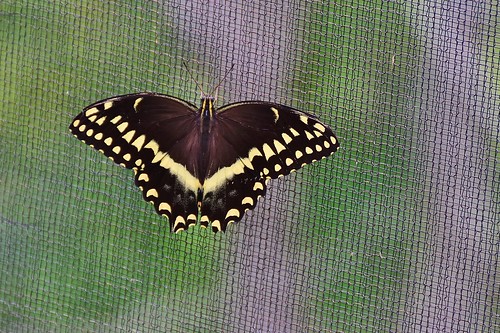 Earlier today I walked the dog outside for him to have some alone time. I stood on the screened in porch as he sniffed what seemed like the entire backyard. While watching, I heard a flapping and turned to see somehow a butterfly had gotten itself trapped. It was fluttering its wings madly but only succeeded in bumping its way again and again on the screen. I cupped my hands and gently corralled it into a corner. Then, ever so softly scooped it into my palms and then released it away from the screen so it could fly away.

After it flapped out of sight I thought about the times when I’ve felt trapped, banging my head against an invisible barrier, fighting for freedom only to become more frustrated and exhausted. I forget sometimes, okay, a lot of times, that it takes one bigger than me, more gentle than me, more powerful than me, to take me into trustworthy hands and bring me to a place of freedom.