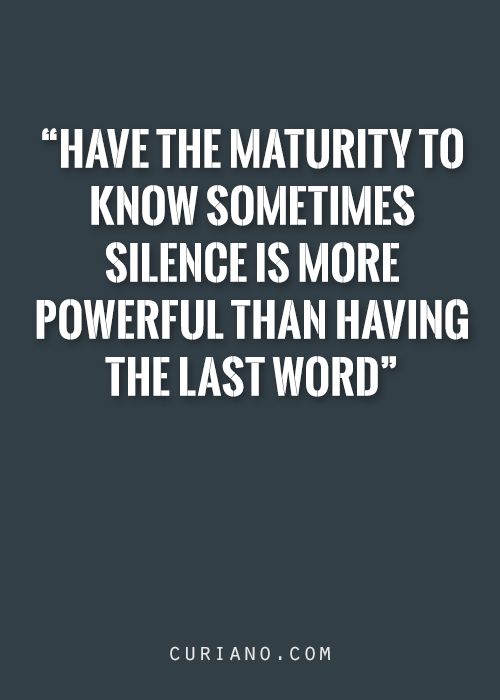 I read an interview this week of an actress who was verbally attacked by a well-known director this summer. He insulted her current movie and her by proxy. Her response? She didn’t say anything. She kept silent in spite of the fact that her movie was one of the summer’s biggest blockbusters. In the last few weeks, she was asked why she never responded to the criticism of the director. She answered simply; “I didn’t want to give him the attention he was looking for.”

Two or three days ago a journalist began publicizing his book about the president. The book and the author weren’t at all flattering of the man or the job he’s doing as our nation’s leader. In response, the president responded with insults, negative tweets, threatening lawsuits and gave the author what he wanted most; more attention. I’ve heard even the most ardent supporters of the president question why he couldn’t leave it alone?

Wisdom teaches us to know when to speak and when to stay silent. If you’re wondering which to do a favorite quote of mine is; “No one regrets a rushed word unspoken.” The truth is we talk too much. We are too quick to defend ourselves. Most can’t handle a perceived slight. Our tongues and lips seem to be “at the ready” to do battle with whoever and whatever insults, belittles, or challenges our view of the world or ourselves.

Wisdom reveals that silence and patience are signs of maturity in those who have a strong sense of who and what they are as a person.