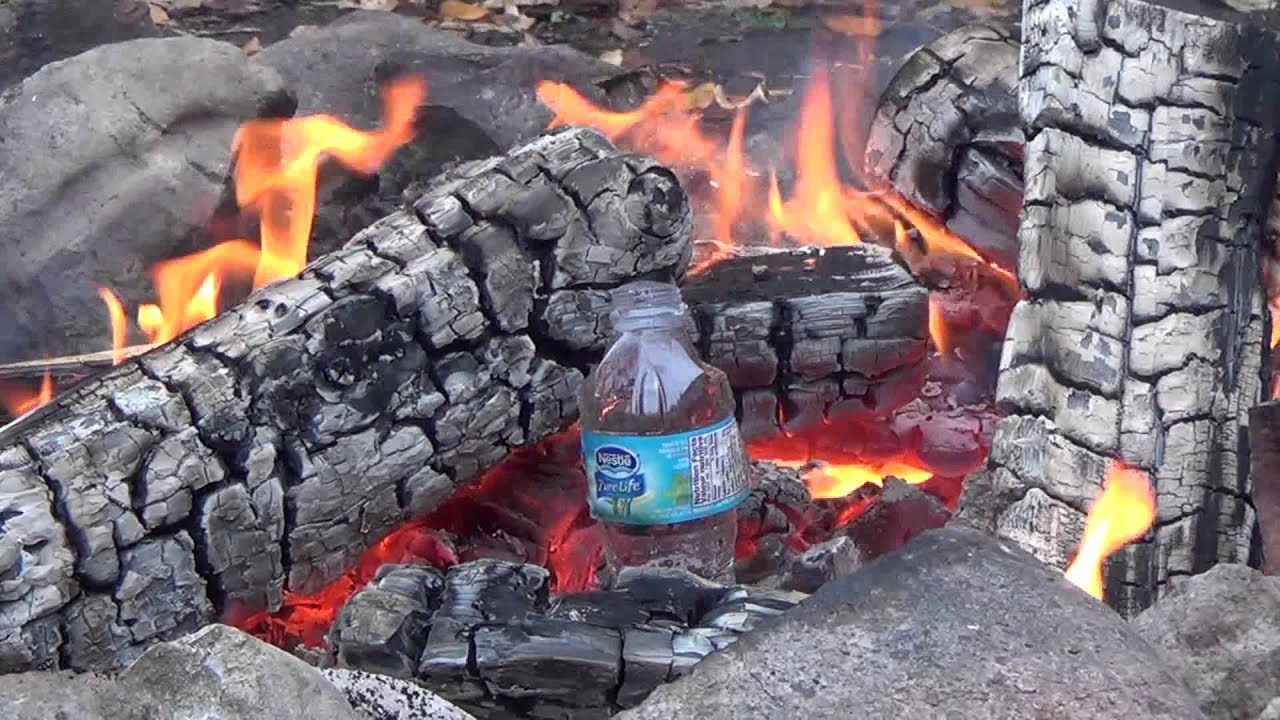 This afternoon I burned old collected limbs which had fallen this past winter. Along with twigs and branches, there was a stack of large limbs that I cut up last year when part of a big tree was torn down by a thunderstorm. They had finally dried out enough where they would burn quickly. It didn’t take long to have a large fire burning brightly and hot! After a while, there wasn’t much left of the burn pile but red, orange, and blue scorching ashes. Before heading to the house I took a water bottle that was almost half filled with water and laid it on the hot embers. I watched as it shrunk, popped the top off and melted the places of the bottle where there wasn’t any water. However, where there was water the plastic didn’t melt. I watched as the water inside began to boil but the plastic wasn’t consumed. Because of the water inside the plastic didn’t melt outside. It was awesome to watch and wait to see how long it lasted. Finally, of course, the water evaporated and the plastic shriveled by the flames but it took longer than it should have given the power of the heat and flame.

It was a wonderful reminder that what’s inside; our spirit, emotions, mentality, don’t just protect what can’t be seen but also protects the outside, what we can see; our health, bodies, and relationships.