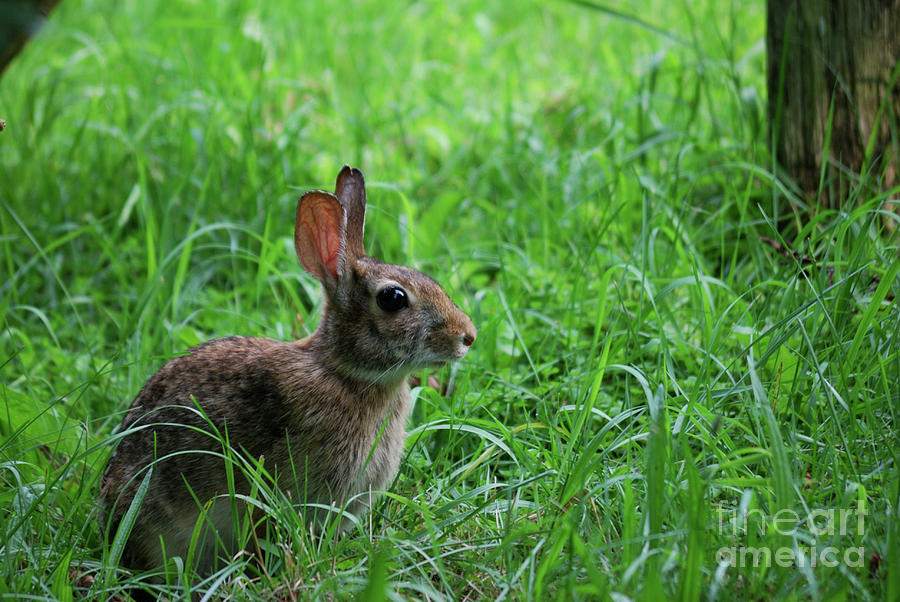 Last week I wrote about a family of rabbits living under our shed. Yesterday I discovered one of the parents has become braver. I had let the dog out to take care of his business and realized too late there was a bunny in his vicinity. The rabbit watched Trooper as I watched it. It was perfectly still, on high alert, but didn’t move. Finally, our husky moved on and the rabbit relaxed until Trooper came bounding toward the front door ready to come in. It was then the bunny decided to high-tail it back under the porch.

A couple of weeks ago a rabbit ran right in front of Trooper and he casually looked at it and went about his duties. When he was younger he would’ve chased, and probably caught, the four-legged hopper. However, now that he is almost thirteen years old he conserves his energy for playing with us or sniffing the entire yard.

I wondered if the rabbit doesn’t feel afraid because Trooper has never chased it. Does his natural curiosity override his life-saving senses? As someone who lives with high anxiety, I too am “ready to run, fight, freeze” at the slightest threat. However, after I realize certain people aren’t a threat to harm, insult, shun me I relax and become curious enough to discover connection and relationship.

In a fast-paced busy world, it’s hard to take time to establish connections and build friendships. Hopefully, those of us who are more hesitant won’t be left behind.