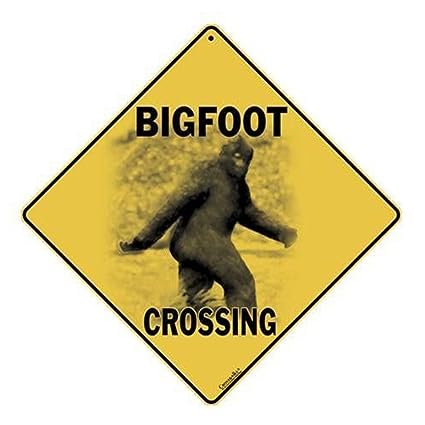 I was talking with a friend recently who believes in Bigfoot. My friend is intelligent, philosophical, pragmatic and practical. When I found out he was a believer in Bigfoot I was surprised. At one time he was an avid outdoorsman and through his study and interviews with other people has been convinced by Bigfoot sightings and other evidence. When we talked about it I told him I didn’t believe in Bigfoot. There simply isn’t enough proof that people have seen what they think they saw or that the “evidence” is purposefully or accidentally being misinterpreted. However, I always make this caveat with my friend. “Just because I don’t believe in Bigfoot doesn’t mean it doesn’t exist.”

Wisdom teaches us to be careful about our beliefs. Too often we want to force our convictions on another and convince them to think like we do. The first step on the path of wisdom is the truth that we know nothing. It is the first and only place to begin and exist. Wisdom is a paradox. The more we know, learn, practice, the more we don’t know.

We live in a world full of people convinced they see reality “as is” and if you don’t see it their way you’re wrong! Religion, politics, cultures, ethnicities, separate us into groups and life becomes about “us” and “them.”  Maybe, if we listened attentively, spoke softly, and held our fragile beliefs as bubbles ready to pop any time and open us up to a world we didn’t even know existed, we’d celebrate humility instead of hubris.