I have to admit I am sick of the phrase; “Thoughts and prayers,” which inevitably occur each and every time there is a mass shooting in our country. As of yesterday, according to data from the Gun Violence Archive, a total of 30 mass shooting incidents have occurred as of February 14, 2018, including Wednesday’s school shooting in Florida. Thirty! That’s almost 1 every day. Following these mass killings, politicians play two cards; “Thoughts and prayers are with the victims and their families,” followed by; “Now’s not the time to talk about gun control and what we can do to stem the tide of gun violence in our nation.” Every time one of these politicians speak these words or ones like them I almost throw the remote at the TV. Kids are dying! Most of these politicians are pro-life, anti-abortion, but somehow someway they play a Jedi-mind trick with themselves and see these as two separate issues. I can’t do that, I won’t do that. Something needs to be done.

I am acutely aware of the mental health angle and the restriction for individuals who mentally should not own a gun. I understand waiting periods for guns and background checks but we must do more. Our children are dying! The National Rifle Association is a powerful entity. They lobby and support many politicians:

I don’t know what to do. People smarter than me have been trying and yet for some reason are met at every turn with obstruction and obfuscation. I also want to know where the church is on this?!?! It’s clear to me Jesus never condoned violence of any kind and sticking up for the poor, down-trodden, innocent ones was his mission and should be ours. We’ll stand on a street corner with pro-life signs, slap a pro-life bumper sticker on our car but few vote for stricter gun laws.

I don’t want to start a debate. I want a solution. I want kids to stop dying and the church be silent no more. The youngest and brightest among us are dying. Thoughts and prayers do nothing without actions backing them up. Do something or stop saying it! 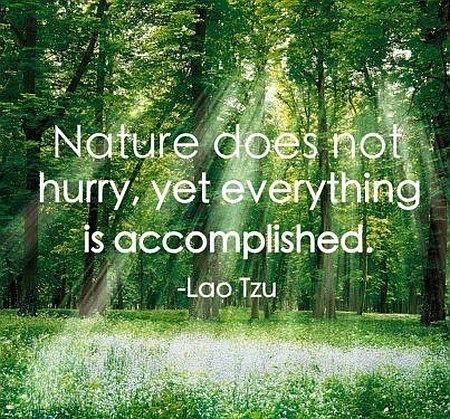 I’m not sure what caught my eye first; the quote in the picture above or the picture. It is green, sunny and beautiful, unlike today when it is mostly cloudy, windy and frigid!

The weather forecast is for more cold this weekend which makes sense because it is winter.  I don’t care for this season. The nights are long, the days are short, the extra layers of clothes make me feel claustrophobic. I know from wisdom teachers we are not to hurry through any moment or experience no matter how miserable because there are lessons to be learned and life to be lived. So, I take a breath and try to be still in a place and time I’d rather not be.

Life demands that we hurry. In the Christmas season just passed we rush to get our shopping done so we can “enjoy” the holidays and by the time we finish our “to do,” list Christmas is over. Then we quickly move into the new year with all its demands and before we know it, its spring, then summer, fall and winter quickly follow and we start all over again. Hurrying seems to be what we do best until we remember that all of these days which are flying by are our lives fading.

2018 is here. May we not hurry, take our time, experience each day and the ups and downs they bring. May we cherish each moment because moments are what make up our lives. 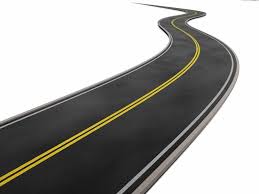 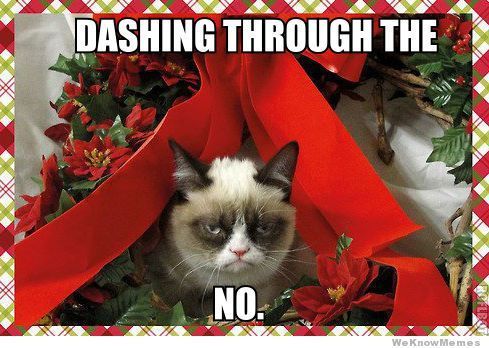 There is a noticeable lack of Christmas spirit in my family this year. It’s been a long year as my dad battled cancer and passed away on the first of December. The anticipation of Christmas coming has been replaced with a feeling of; “Is it over yet?” I don’t think it’s Christmas per se’ but we’re anticipating the end of 2017 and 2018 to begin.

Anticipation can be a dangerous state of mind, emotion, and spirit. For all we know, 2018 will be as rough, perhaps more so, than 2017. It’s not a pleasant thought but it is a possibility. This is why wisdom teachers discourage anticipation. Life rarely lives up to what we think, or wish would happen. It’s almost always different and this can be good or bad, negative or positive. When life fails to fill our desires suffering, pain, confusion can occur.

So, my family and many others wait in this no man’s land hoping Christmas will not be too difficult and 2018 will be a better, certainly different, year.