The pastor started out this morning’s message with the question; “What’s worse than finding a worm in the apple you’re eating? Finding half a worm.” The insinuation being you are already eating the other half. It’s gross but it’s funny. His message was about being good, having true character, inside and out.

Google defines authenticity as; “the quality of being reliable, dependable, trustworthy, credible; accurate, truthful.” That is a lot for a person to live up to. We live in a world where the president’s lawyer said last week; “What is the truth? There is no truth.” The president himself is seen as a man whom constituents from both parties agree has a difficult time with the truth. The cardinals, bishops and perhaps the pope(?) in the Catholic church, the head coach at Ohio State University, Republican and Democratic congressional candidates, and many others from all walks of life seem to find telling the truth, being of true character, a challenge.

True character starts from the inside and makes it way out. Who we are, what we are, will always be revealed sooner or later. The question; “Am I an authentic person? A person of true character?” is one of the most important and ultimately life-defining we can ask. However, don’t stop until you can answer it with certainty and clarity. 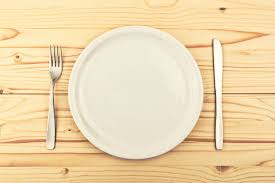 Earlier this week I was talking with a man who has a confessed anger problem. He’s also been hurt by some people he trusted. The pain and rage of this betrayal occupy his thoughts and revenge is his stated goal. As we spoke with each other I explained to him that violence is not going to fix things. It will only make it worse for the man and his family. “Good mental health, the ability to process our emotions in a healthy, positive way will have a lasting impact on your family. Not choosing wisely will hurt you and those you love. I know the feelings are there and they’re eating you up inside but taking a path which doesn’t lead to peace punishes everyone.”

Peace is a hard concept and discipline to put into practice. We live in a world which claims the right to revenge and paying people back for the harm they’ve caused us. However, if we stubbornly stay on the path to; “right the wrongs” done to us we will not find contentment but an endless cycle of violence and retribution.

Secrets can destroy lives. Secrets can make enemies of friends. Secrets have a way of eating at us, not giving us any peace and taking over all we say and do. Yet, most of us still hold on to them for fear the secret being found out is worse than the misery it causes each day.

Several years ago I had a friend who was ready to leave his current job for a “better” one. We went out to eat and he laid all his grievances out about his current job. He disliked his occupation, didn’t agree with his boss about the direction of the company and was sick to his gut every day he came to work. To others, he was the model employee but secretly he desperately wanted to go somewhere else. After he finished making his case he took a breath and we talked about the new opportunity and I told him I would be happy to give him a recommendation.

A few hours after our lunch my cell phone rang and it was my friend. We chit chatted a few moments and then he said; “I forgot to ask you, what do you think about me leaving?” I told him it sounded like a good job, the move on his family would be disruptive but manageable and to remember wherever he went he was taking himself with him. I went on to explain that some of his unease and difficulty with his present position was not just the job but were the secrets and burdens he carried with him. “No matter where you go,’ I said quoting one of my favorite wisdom teachers, ‘there you are. “

Don’t carry your secrets and burdens with you.