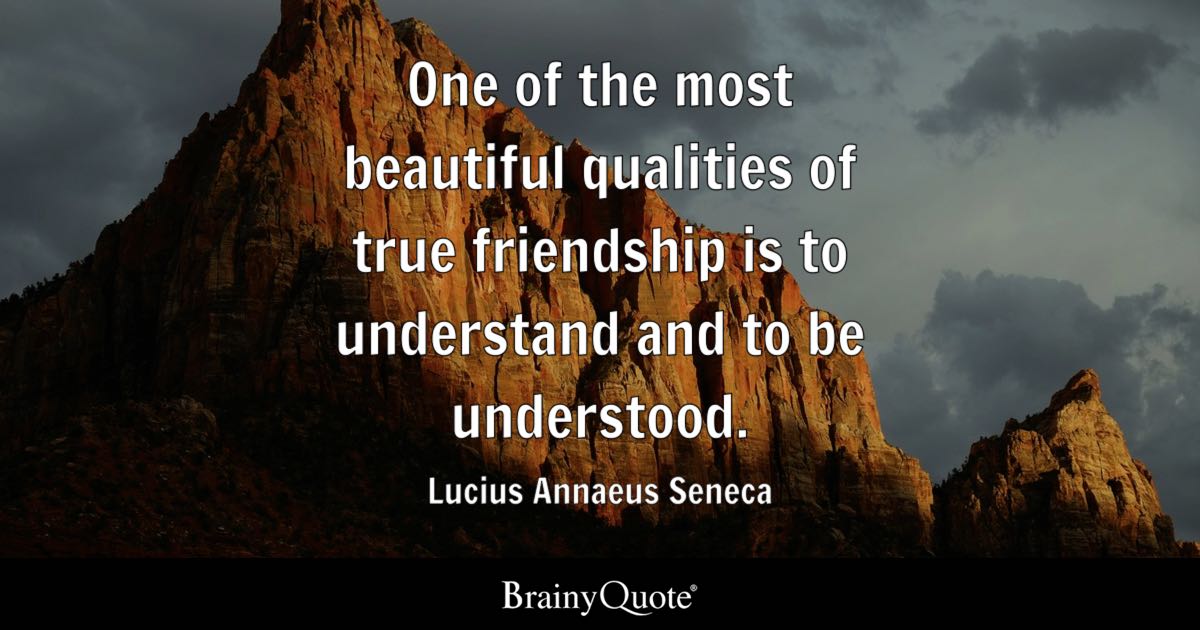 One of the hardest things to do in this toxic environment of political, religious and cultural fog we find ourselves in is staying friends with people who do not share our beliefs. Yesterday, a friend online and in real life, put a placard on his Facebook page that said; “I am a supporter of (fill in the blank). If you do not like that feel free to unfriend me.” It’s where we are today in the world on social media, instant commentary, and judgment. I responded back to his post that I respected him and his family no matter his political, cultural or religious leanings and that he was my friend. Period. He liked my response and I was thankful because he and his family are important to me.

Friendship is underrated. One of the parts of social media I’ve never liked is calling a person you’re connected to online a “friend.” I think, hope, friendship is deeper than a connection between two computers. Sadly, however, I’ve been proved wrong a lot lately. I’ve heard people talking, read social media posts that declare the end of friendships. I want it to be hyperbole but relationships are tenuous in a chaotic world. We quickly find out who will and won’t stay friends with us. Division and dissolution of friendships and connections happen at lightning speeds.

We need to slow down. Take a breath. Remember that friendship should be more than affiliations, litmus tests, preferences and choosing sides.

There is an area in our yard next to the road that is tricky to mow. It is a sharp incline and in order to the get the job done the mower and the rider has to be at a steep angle. When I mow this particular spot in the yard I sit halfway on the seat with my body leaning in the opposite direction of the incline. The balance has to be perfect. Too far off the seat the mower doesn’t sense enough pressure on the seat and shuts off. Don’t lean far enough and there’s a chance the mower and rider could topple over. It’s a twenty-five yard long, difficult and dangerous, balancing act.

Life is also a balancing act. We live in perilous times. All one has to do is turn on the television, log online, and get the sense our families, communities, nations, and world is one mistake from toppling over into a dangerous place and we may not recover.

The problem is balance.  Sides are chosen, political parties picked, litmus tests are given, judgments made and those on the other side, even ones seeking a middle way, are labeled as; “the enemy.” I don’t know if we are going to make it back from the edge of disaster but I do know it takes more strength to listen than to ignore, to understand than to shout down, to accept than to reject, to see others as us than ‘less than,’ to find balance than to demand conformity.

“If, as adults, we are only preoccupied by the security of our borders we have not matured as human beings capable of real freedom, of seeing the happiness of being citizens in the world of virtue – goodness, kindness, humanity, compassion. In this world of grace there are no borders.”
#LaurenceFreeman (https://en.wikipedia.org/wiki/Laurence_Freeman)

Above is a portion of my morning reading this Lenten season devotional of 2017. It speaks to one of the most difficult battles we fight as people, a nation, and a community of faith.

It’s easy to separate ourselves from the world. To erect borders, laws, litmus tests, even vote for silly ideas such as a border wall which also includes 800+ miles of the Rio Grande river. We pull away from strangers and those different from us because we’re afraid. We’re afraid of losing things, being infected by things, having our normal lives disrupted and changed forever.

The last couple of months I’ve been on a Jars of Clay binge. In the house, on the lawn mower, in the truck, it’s all I’ve been listening to. Moving from one album to another, no particular order. This week it’s been; “The Long Fall Back to Earth. (https://en.wikipedia.org/wiki/The_Long_Fall_Back_to_Earth)” The album is a unique one for the group as they experiment with a break from their usual sound. There is a song entitled on the album; “Headphones” that speaks to the temptation to stay in our own world as the rest of the world goes to hell. Its poignant and has resonated in my spirit the last few days.

I awoke this Palm Sunday to the news that cowardly suicide bombers had killed at least 50 people in two different attacks as they worshiped this last Sunday before Easter. My heart hurt for my brothers and sisters. There are no borders when it comes to pain, empathy, hope and help.

“In the world of grace there are no borders.”