Last night I took the dog outside, turned on the water spigot, and began to water our flowers. The dryness and heat we’ve had the last several weeks have taken their toll. The flowers look wilted and their color is fading. I finished up watering as the dog finished up his business and went back inside. I sat down on the couch and watched TV. As I sat there my leg, just above my left knee, began to itch. I scratched but it kept itching so I scratched it again and this time I realized it wasn’t itching there was something crawling on me! I thought about jumping up but didn’t want to lose whatever it was on the couch or on the floor. I quickly grabbed a napkin and used it to scoop up what I thought had to be a spider. After catching it I went to the kitchen where the light was better and slowly opened up the napkin and found a baby bumblebee inside. It wasn’t scary or aggressive it was there in the napkin and began buzzing. I took it outside and let it go hoping it would be able to find its way back to wherever it came from.

Life comes full circle. Last week I wrote about a dying adult bumblebee which still had enough life in it to sting me when I accidentally stepped on it. This week it was a baby bumblebee beginning its journey. Since the beginning of this week, I’ve read announcements of births and deaths on social media sites from people I know. I talked with a friend last night who mentioned the daylight is already getting noticeably shorter.

Often it’s the little things that remind us the seasons of life keep moving and we’re passengers along for the ride.

While I was outside mowing today a big shadow went across me and when I looked up it was a Turkey Vulture. It hovered and landed on a high branch of the Oak Tree outside our front door. It wasn’t long before it was joined by another who was surveying the area for anything dead and rotten. My focus went back to mowing until shadows appeared overhead again. It was the Turkey Vultures being chased away by a Mockingbird who has a nest in an adjoining tree. The Mockingbird was relentless, swooping up and then dive bombing both Turkey Vultures that had to be five times its size. I watched until the Turkey Vultures were out of sight and the Mockingbird perched high on a tree scanning the horizon for their return.

I found it comical and awesome that this small bird could put the two large ones to flight. Then I thought about the Turkey Vultures and their appetite for spoiled, rancid, deceased things. I also reflected on how in our lives there are times the Vultures are circling. We’re tired, weak, worn out, done for and the scavengers surround us. Then, when it seems the end, someone says or does an act of warmth, love, empathy, and chases the Vultures away. It may be a small act but it has a great impact on us. We are renewed and able to keep going.

No act of kindness no matter how “small” is ever wasted.

I spent the day helping a friend go through the belongings of a dear loved one who has passed. It’s tough going. One might think it’s the expensive toys, gadgets, and gizmos which you’d want to hold on to but instead, it’s the little things; sheets of paper, old license plates, CDs, notepads. Items which wouldn’t sell at a yard sale or purchased at Goodwill are of immense value, a treasure to the ones who remain.

Death is often an open wound. Scabs may form, some healing might occur, but grasping at past memories and experiences, strains and pulls apart the wound and the pain, heartbreak of loss returns. Its hard letting go. It’s difficult to say; “goodbye.” but death demands we do it again and again in many ways, on many occasions and you wonder if it will ever be the last time.

Moving on requires that one live open-handed, no clinging to earthly, temporal things, allowing the shared life of the one who is gone to be enough.

A few moments ago I walked outside to put the cover back on the fire-pit. I was burning debris on Saturday then Sunday and Monday it rained so today it has been drying out. It was a spur of the moment decision and took me less than 3 minutes. While outside I noticed it looked like rain was coming. Back inside I let the dog out to do his thing and brought him back in just as the clouds opened up and the rain began to pour. I couldn’t have timed it better if I had tried. The soaking rain will be good for the trees in our yard that are sprouting new leaves, the gorgeous green grass, and the blossoming flowers.

I sat at the front door as the storm swept through and listened to rhythmic drops of rain on the roof. In the span of five minutes little, ordinary things made my day.

One of my favorite wisdom quotes is; “All we ever have is this present moment but if we do it right, it’s all we need.” Moments in time are what life is made up of. If we mindfully put enough of them together there’s a life worth living.

About an hour ago I needed to drive into town and pick up some medicine for my wife who has a nasty flu bug that’s been making the rounds. On the way home I was stopped at a traffic light where two lanes merge into one after the light turns green. There was an elderly woman behind me who must’ve just come from the beauty shop. She stopped before she needed to and was blocking traffic from both lanes. I looked in my mirror and watched her as she admired her hairdo. She played with it, flicked it with her fingertips. She was enjoying her hair and herself. Behind her was another driver who wasn’t enjoying the display. She wanted to get into the other lane but couldn’t because the beauty queen was lost in her own world.

Here’s my question; “Which one was living in the moment and which wasn’t?” Part of being mindful is the awareness of the creation around you but it’s also enjoying the little things which can make a big difference. Was I being mindful as I watched the two people in my mirror? Did I miss something because I was “rubbernecking?”

Each moment is special, unique, never to be repeated. Finding the center, the stillness, the focus of not focusing takes the journey of a lifetime. I’m still learning but aware enough to know there are things I need to know.

They’re everywhere! Well, maybe not everywhere, but we certainly have quite a few of them in and around the house. We’ve found them in the shower, the bedroom, the bed, the ceiling, on hair brushes and numerous other places. Ladybugs! As the weather turns cooler, they’re turning into a real nuisance. Our first instinct is to swat them but they make quite the mess so instead, we will gently gather them up and show them to the door.

Ladybugs are such tiny things that could pose a big problem. In the same way, our lives can be filled with irritations that pose large challenges. A miscalculated statement to a coworker can become a problematic working relationship. A small lapse in attention while driving causes a large accident or at least scares and angers other drivers. A seemingly insignificant gesture can cause a heated exchange and escalate into a fight. What has the appearance of a minor choice can have enormous consequences.

Too often we think it’s the big things which make or break our lives. Truthfully, more than likely it’s the little things that decide who and what we are, will become and decide our destiny. Yesterday, while mowing the grass I ducked my head as I maneuvered the mower underneath a low hanging branch. When I came out from underneath it I felt something on my finger. Looking down I discovered an inch worm had hitched a ride. I wasn’t sure what to do with him so I made the magnanimous decision to shake him off on some cut grass so ensuring I wouldn’t run over him. Holding out my hand I shook and shook but the little inch worm wasn’t letting go. Finally, giving it one more violent, animated shake, I looked on my hand and it was gone. I continued mowing and a few minutes later I felt something crawling on my neck. I reached up and took a swipe and it was the inch worm. It hadn’t flown off until the grass but on my shirt and made its way to my neck. This little guy had grown quite attached to me! Aiming carefully I whipped my hand to some mowed grass and he disappeared.

Wisdom tells us that it can be the little things that attach themselves to us and are the hardest to get free from. We recognize the larger attachments to possessions, time, a desire for a good reputation, money, job status, pride, and ego but often miss the smaller ones. These can include resentments, biases, complaining, negative attitude, being myopic and not recognizing the good in others and all around us.

Smaller attachments might seem like only nuisances but they stick to us and impact our ability to live life with gratefulness and grace. 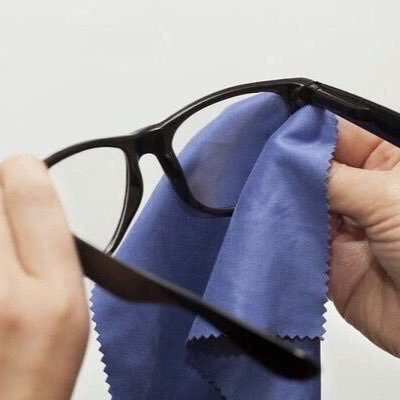 I know someone who is a friend of a friend. I’ve briefly encountered this individual a handful of times. The thing is, for some reason, this person rubbed me the wrong way. He hadn’t done anything to me except be himself and being himself didn’t sit right with me. I had lots of excuses as to why this person was what I thought he was but nothing tangible, just a feeling.

Then, earlier this week, I learned something about this man and it suddenly shifted my view. There were still those things that got on my nerves but while a few weeks ago they looked so big now they seemed petty and brought upon me a sense of shame.

It’s easy to teach and write about not judging others but a whole other level to practice what you speak. All it took was one thing to shift my view, understanding of this man and his life. An important and embarrassing reminder that we must always be on guard about how we see people. There’s always more there than we initially see and experience.