This morning I stopped by the office on my way to a Community Group for Dads. It was cold today. Last night it was below freezing and when I left the house it was lightly snowing! I know Spring is supposed to be here but I wish it would step up and exert itself! Anyhow, when I arrived at the office there was the familiar hum of a leaf blower. Even though its cold the grass is still growing and the flowers are still blooming. I parked the truck and as walked to the office door I noticed what the maintenance man was doing. There are trees planted near the building that houses a suite of offices. Because of the wind and cold, the petals were scattered over the parking lot and in front of the office doors. Opening ours I saw them tumble into the foyer. The man operating the blower was trying to collect them into a corner and then sweep them into a trashcan. Expertly he gathered them setting the blower on high when moving them from a big space and then on low to push them into the area they needed to go.

Exiting the office, I reflected on the petals. They reminded me of the many thoughts which swirled in my head. Its Monday and my mind was filled with a list of; “to-dos, schedules, phone calls, meetings, reports, and a host of other things” which have already filled my week. My thoughts, like the petals, were scattered and needed to be gathered and sorted. I will follow the discipline of my leaf blower friend and willfully, but gently, take control where once there had been chaos by paradoxically, stilling my mind and spirit.

Today is a wonderful, relaxing, rainy Saturday. A day where the tin roof on the porch sings; “Rest, take it easy, don’t worry about what can’t be done. Just be.” It’s the kind of day we all need more than “once in a while.”  We’ve lost the art of powering down, putting off things until tomorrow, sitting and letting go of schedules, to-do lists, and allowing our spirits, minds, emotions, and bodies to heal, recover from the hurry, harried pace of our lives.

“Staying constantly sharpened can wear out the blade.” Wisdom teaches us to wait, enjoy the serenity, like a leaf in a slow-moving part of the stream. Sooner or later the pace picks up and life starts to quicken but for now, in this moment, simply soak in the stillness. 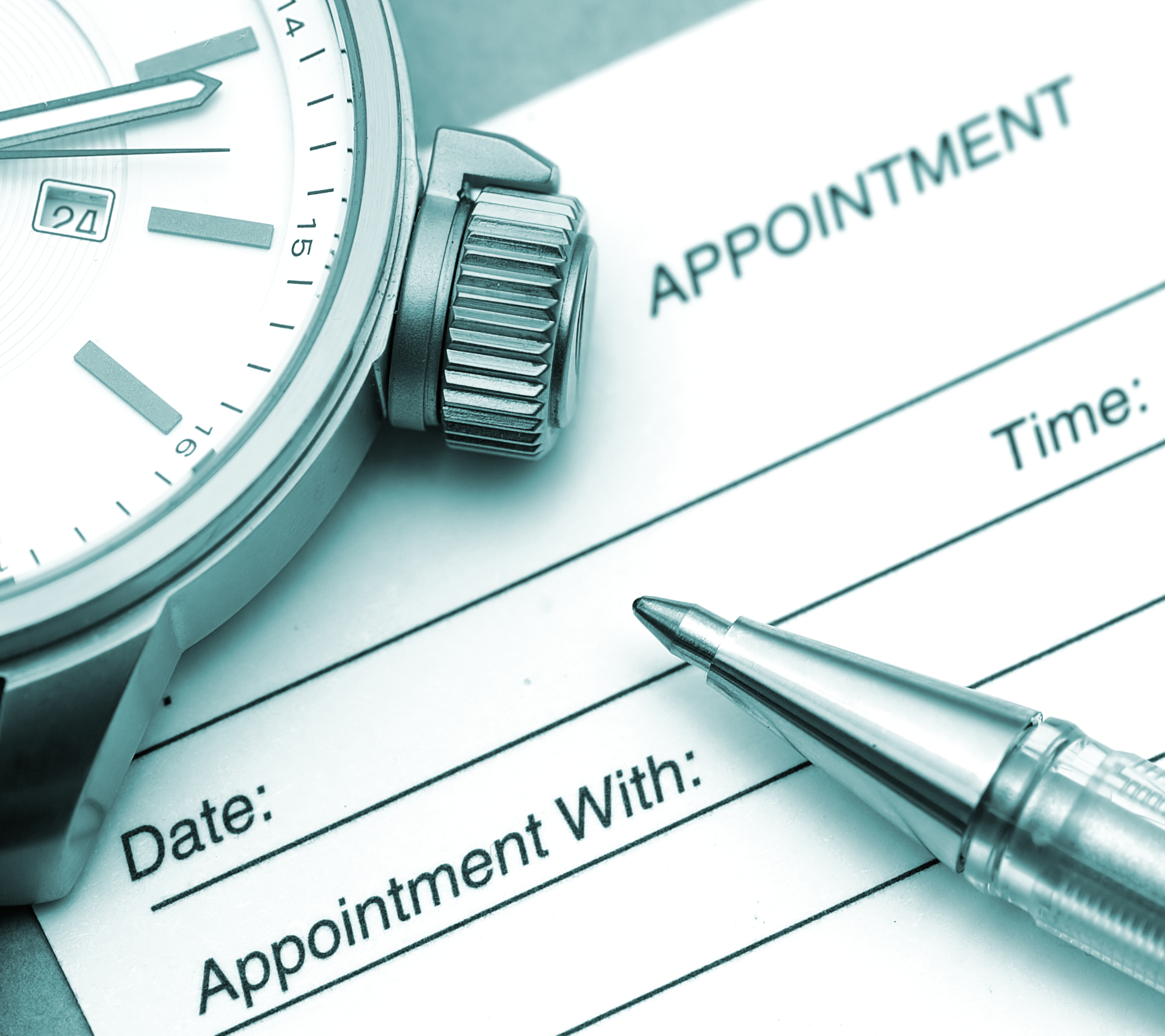 This afternoon I received a cryptic message about meeting someone. I read it, checked my calendar, read the text again and checked my calendar again. I had no meeting scheduled. I went back into my emails and did a search and still couldn’t find any messages regarding the meeting and still couldn’t find anything. The sender of the message, however, had a picture of her calendar with my acceptance! There was no doubt the meeting was scheduled and I was supposed to be there. Unfortunately, I was in another county so was unable to make it. We rescheduled but I don’t like missing appointments whether they are or are not on my calendar.

It’s bothered me all afternoon. When I got home I checked my emails and calendars again but still didn’t locate anything regarding the meeting. The only thing I can figure is I have a new work phone and the first couple of days I was messing with it, trying to figure it out, I accepted the meeting and then somehow deleted it. I don’t know if this is happened and might not ever know.

Schedules, calendars, planning out our days is a necessary discipline. If we don’t at least attempt to live in an ordered manner the chaos of everyday life will take its toll. However, no matter how much control we think we possess when our calendars and schedules are in sync life has a way of surprising us with events and experiences that don’t fit our schedule and forces us to accept and adjust.

Today has been a day of rest. A time of relaxing and restoration.

It’s the 4th of July and many are preparing for the night’s fireworks display, going to parades, fixing meals for family and friends who gather, and celebrating the holiday in a myriad of ways. I, on the other hand, have rested and enjoyed being on the couch with the Mrs. almost the entire day. Even our dog has sensed it and has slept most of this 4th away.

I sometimes wonder where our “rest” has gone. I listen to people speak about their schedules and wonder when they sleep much less rest. We live in a relentless culture of; “go!” Go to work, to school, to practice, to movies, to shopping, to church activities and many other things and then can’t figure out why we’re so tired.

Rest, a missed and misused word which needs to be added back to our’s and our culture’s vocabulary.

Last spring my wife planted some Petunias in a steel bucket that sits in our front yard. This spring she’s been too busy. In place of the beautiful flowers we had last year there are several weeds growing. This afternoon, while mowing the grass, I looked in the steel bucket and there was one single pink Petunia. It was small, crowded and shadowed by the weeds but it was there none the less. If I wasn’t looking in the right place and the right time I would have missed it.

Life can be similar to the small flower in that bucket. There are plenty of weeds; stress, schedules, emergencies, life changing decisions, habits, hang-ups, and hurts. It can be easy not to see the good when we are surrounded by so many things which crowd our lives and shadow our hearts. However, if we keep looking, daring to hope and dream perhaps we will see the beauty of kindness, grace, and love blossom before our eyes.

I am sore today! Yesterday we spent most of the day trimming and hauling away a big limb from one of the four huge trees in our yard. Today I am paying for it with sore arms, back, and legs. I don’t think I’ve developed any muscles but trying to lift some of the pieces we sawed off yesterday gave me an appreciation of how strong the wind must’ve been to down the limb and how strong the tree was to support a limb of such great weight. It took a lot of energy, strength and time to remove most of the obstacle.

I spoke with a few friends today who are also trying to overcome a great obstacle. They are, like we did yesterday, dealing with it one piece at a time. When you’re faced with a huge challenge there is a part of us who’d like to get it over with NOW! However, life doesn’t usually work according to our time schedules. We must take each step, walk each mile, and hope the journey ends well.

I imagine a person who lifts and cuts wood as their job must be strong. I also know that those who face tremendous battles will develop the strength and energy necessary to see it to the end, what the end may be.

Yesterday, on my way to the county recycling and refuse collection center with a truck full of yard debris and household trash, I was descended upon by a small blue four-door sedan. I was going slow because of the junk in the back of the truck and then slowed down again when the speed limit was reduced to thirty miles per hour.  The car behind me was in a hurry and even though we were on a small, two-lane, curvy double lined road and there was a car approaching from the opposite direction the sedan began to pass me! He didn’t have room to pass and no reason to put us all in jeopardy so I sped up a bit to hopefully give him pause to resume his position behind me. This didn’t work, I put on the brakes, he flew past me with not much room to spare from a head-on collision with the car in the adjacent lane. I was more than agitated and honked the horn while giving him a; “What was the reason for that kind of recklessness” gesture?

I arrived at the refuse and recycle center, unloaded the truck and on my way back to the house I thought about the sheer ridiculousness of the driver. He put his life, the life of the driver of the other vehicle, and mine in danger to arrive mere seconds ahead of when he would have arrived if he’d chosen to drive safer acknowledging the value of his life and those around him.

What if there had been a wreck? How many people, family, and friends, would’ve been impacted because of his impatience? Too often, we are only concerned with our agenda, our list, what we “have to” get done. Driven by our busyness, our over packed, over-stuffed schedules we lose sight of others and ourselves. The eventual result is wrecked lives, a loss of what’s most important and the love and grace we should have for one another.