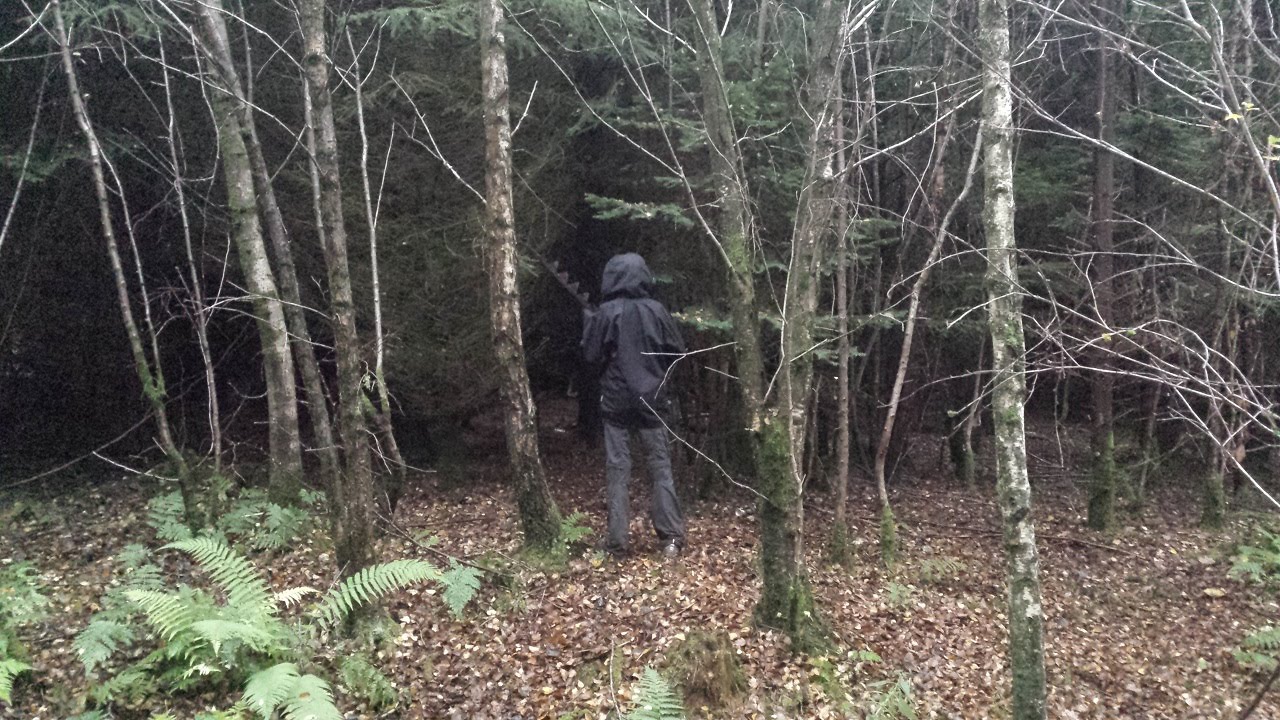 Earlier this afternoon there was a knock on our front door. Unfortunately, I was indisposed and couldn’t answer it and be decent at the same time. When I finally got to the door the person was gone and all that was left was a book on the evilness of Protestantism. I picked up the book, flipped through it as I walked into the house. I put it down in the foyer and continued on with my day.

However, as I was busy with other things a thought crept into my mind; “What if someone had brushed a coat of poison on the outside cover of the book? What if there had been dust inside and as I flipped through it floated into the air and on me?” I asked my wife; “How have we gotten to a place in the world where a book left on a front porch can cause us to have thoughts of terrorism and criminal intent?”

We live in a time where nothing seems innocent. We are suspicious, judgemental, accusatory, on high alert, expecting and preparing for the worst. How do we get back to a more innocent time? Was there ever such a thing?

I listened to a conversation this week where the person told another, to their face, that they hated them. “I hated you when you left,” they said. “It took a long time to not hate you anymore.” It was an honest and startling admission. Most times people are adept at not showing the person they hate their true feelings.

It left me with a question; “Have I ever, in my life, hated someone?” I define hate; as the inability to see the good in someone. As I reflected on the question a person came to mind. If I’ve ever hated someone, according to my definition, this man fit the criteria. I had the hardest time seeing the good, the light, the benefit of his existence, the unique expression of God in him. It was, at times, impossible to not be suspicious of his motives, think of the worst outcome of his decisions, belittle his beliefs and talents. Then, one day, ranting in my head about something he had done the question came from out of the blue; “Can you see any good in this man?” My mind stopped dead in its tracks. The answer was “no, I couldn’t.” It was then I realized the problem wasn’t him it was me.

I’d love to post about how this moment fixed everything but it didn’t. However, it did give me a new way of looking at this person and my role in the frustration, anxiety, and chaos within me. It took me a long time to forgive the hurt and betrayal he had caused but I began focusing on what was going on inside of me instead of what someone was doing on the outside. This made all the difference.

“You will never see God until you can see Him in every next face you see.” #SaintMotherTeresa

Earlier today I was weed whacking and mowing the grass. As I maneuvered around one of our smaller trees a movement caught my eye and I stopped to see a big black spider fleeing from the lawn mower. It paused for a moment and I had a choice to make; step on it or let it live.

A few weeks ago I suffered a bite from something that caused my hand to swell and turn partially red with splotches. It occurred to me that perhaps it was a spider bite. As I stood there this morning I wondered the same thing. The spider didn’t move and finally, I began pushing the mower in the other direction. I had decided I wasn’t going to kill out of fear this spider, in the middle of the yard, might bite me.

After finishing the chore I sat down with some cold water and my mind drifted back to the spider but also to the way fear can impact us. When fear finds a place in us we can become angry, vengeful, and cruel. We begin to be suspicious of things we may not consider beautiful, acceptable, normal and wanted. We allow the fear to make decisions for us and use it as an excuse for deplorable thoughts, words, and deeds.

Fear runs rampant in our world today. We can’t read online magazines, news, opinion columns or watch the news, many shows without our fear factor being dialed up to the extreme. We are told those who think different, talk different act different, look different, from us are to be feared.

As a result, our world is lacking grace, kindness, and love. The choice is ours to make; live in fear or love like the fate of the world depends on it because it does.

He seemingly came out of nowhere! Amidst the first rays of light, the summer haze and the grogginess that often accompanies me on early outings, a stranger took me by surprise!

About a month ago our Siberian Husky was greeted rather harshly by a large dog. During one of our regular jaunts up and down the rolling hills of Manheim this beautiful and rambunctious Golden Retriever, who usually just barks, came out of his yard and proceeded to jump onto Trooper’s back, growling and being rather pushy! Trooper did a good job of staying calm and I was able to maneuver him away from the misbehaving canine. The owner, who came running down the driveway, was doing her best to help. Dogs not liking other dogs are par for the course when you get out as much as we do so the whole event was soon forgotten.

This morning, before 7AM, while the moon was still visible in the sky and the varying colors announced the sun’s ascent I had reached the bottom of the hill adjacent to the yard where the Golden Retriever was “Lord of his domain!” As we began to climb the hill I spotted a man, in a dark outfit, hands in pocket, eyes focused, walking straight toward me. I had not thought about the incident from four weeks ago and was unsure of what and why this was happening. Most roads in this area are not well populated. Lots of cornfields, lots of space, lots of places to bury a body! As a precaution I moved to the other side of the road. This didn’t deter him as he simply adjusted his trajectory. He was getting closer and I wasn’t at all comfortable. My anxiety and suspicion were spiking!

Finally we both stopped and I positioned the Husky between us. He told me he was the husband of the lady who pulled the dog off of Trooper a few weeks ago and wanted me to know that he and his wife were very sorry about the trouble and hoped we both were okay. I assured him everything was copacetic and that this wasn’t the first or last time another dog would act up when feeling threatened or sensed their territory was being invaded.  I found out from the gentleman that the Golden’s name was Parker, introduced the man to Trooper and noted that he was wearing a patch on his uniform that read “Hershey.” The Hershey plant in Hershey, Pennsylvania is not far from where we live and I asked him how long he had been working there and if he knew someone named Jim, whom Hershey also employed, and attended our church. We chatted for a few moments, began walking and when we reached his driveway, Parker’s driveway?, I told him thanks again and we parted ways.

As Trooper and I headed home I thought about how weary I was when Jay, the man’s name, first invaded my space. I was very much like Parker; antsy, frustrated and quite hinky. I crossed the road, sped up, eagle-eyed him and if I could’ve barked …? Instead I met a nice guy who is no longer a stranger.

Oftentimes we are quick to be suspicious, expect danger, throw up our defenses when someone or something new comes along. Something we don’t like, someone acts in a way that makes us uncomfortable, anything that disrupts our comfort zone, makes us quickly assume that “stranger equals danger.”

My early morning run-in helped remind me of this and the need to be mindful of my first reaction. Thanks Jay and Parker, see you soon!